We encountered these 4 brothers living in a tin shack in our community. They had no resources and were just walking the streets during the day. They were getting a few scraps of food from a local restaurant but no planned meal each day. When we interviewed them, we learned that they had a father and mother but had been left months ago. Both the mother and the father now had new families.

After tracing both the mother and the father, we learned more about the family background. The mother felt miss-treated and left the family. She now had a new partner and children and was unwilling to take in the boys although she was in touch with them. The mother had a great deal of anger toward the father and this was definitely communicated to the boys. 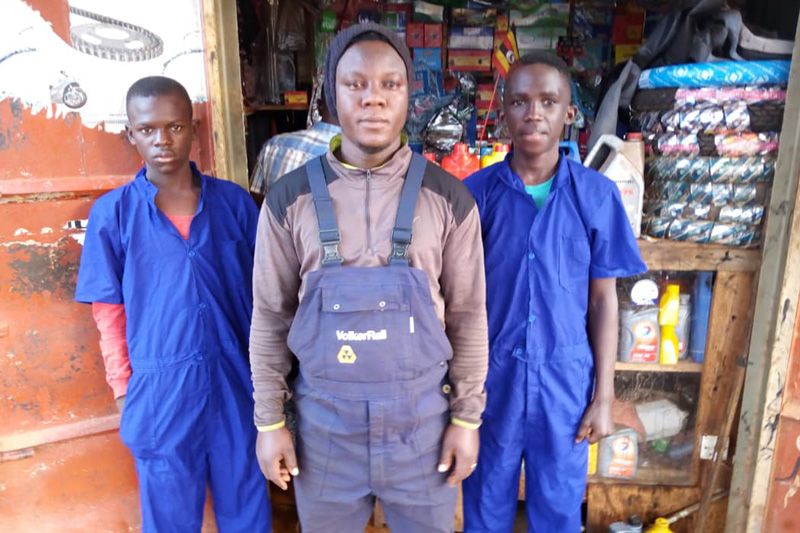 The father claimed he was willing to take the boys in but pointed out that his financial situation (a night time security guard at a market) was not going to be able to support them along with his new wife and kids. If we were to place the boys back in this home, their capacity would need to be increased.

Agencies or organizations that are able to place kids like this in foster homes homes are very scarce in Ugandan. Our ground team began considering a life for the boys on their own and the two older boys were willing to receive training and work to support the family.

During the past few weeks, the team has interviewed a number of motorbike mechanics looking for the right place to get the boys training. Most offered to provide a month of training and then let the boys do what they could to earn money after that.

After some further discussion, both boys were interested in mechanics and we decided to look for a place to have them trained. We rented a reasonable house and helped the boys acquire some basics (foam mattresses, a few cooking tools, and some food), We then set about sourcing mechanics training.

As we interviewed several local garages that took in students, we learned that it would cost about $480 CAD to train the 2 older boys to be able to support themselves as bike mechanics.  One garage that seemed to know how to teach was 2 Brothers Garage which is run by (you guessed it) 2 brothers. We discussed their training program and how the kids would earn money. After hearing their plan, we felt comfortable that if the boys were attentive here they would learn.

The brothers explained to us that they had a teaching method. They would provide some theory before the boys watched the mechanic do the work. Then the mechanic would supervise the boys doing the same work. As this is a very normal teaching methodology, we were filled with confidence that the boys could learn in this environment.

In addition to a training methodology, these 2 brothers had motorbike charts showing parts and assembly that the boys would be able to use to study the tasks. They even described a process by which the mechanic made an adjustment to a perfectly good bike and then let the apprentice practice a diagnosis and repair.

The Boys began work on Monday, August 10 at 7:AM and work 6 days a week from 7:AM to 6:PM. Training is expected to take 6 months to 1 year depending on how fast the boys learn.

Generous donations have now paid the tuition costs for Nelly and Nicholas ($200 CAD each). In addition, they provided 2 pairs of overalls as well as good work shoes. After some learning takes place, the boys will start earning. They will be paid a small stipend for assisting the lead mechanic with a repair. They will also be paid fully when they perform a repair that they are qualified to do. This will include small repairs at first (tire repair, tighten a chain, etc) but as their skills grow and so will their income. Arise is helping the boys with rent and food for the first few months as they gain skill to start earning. 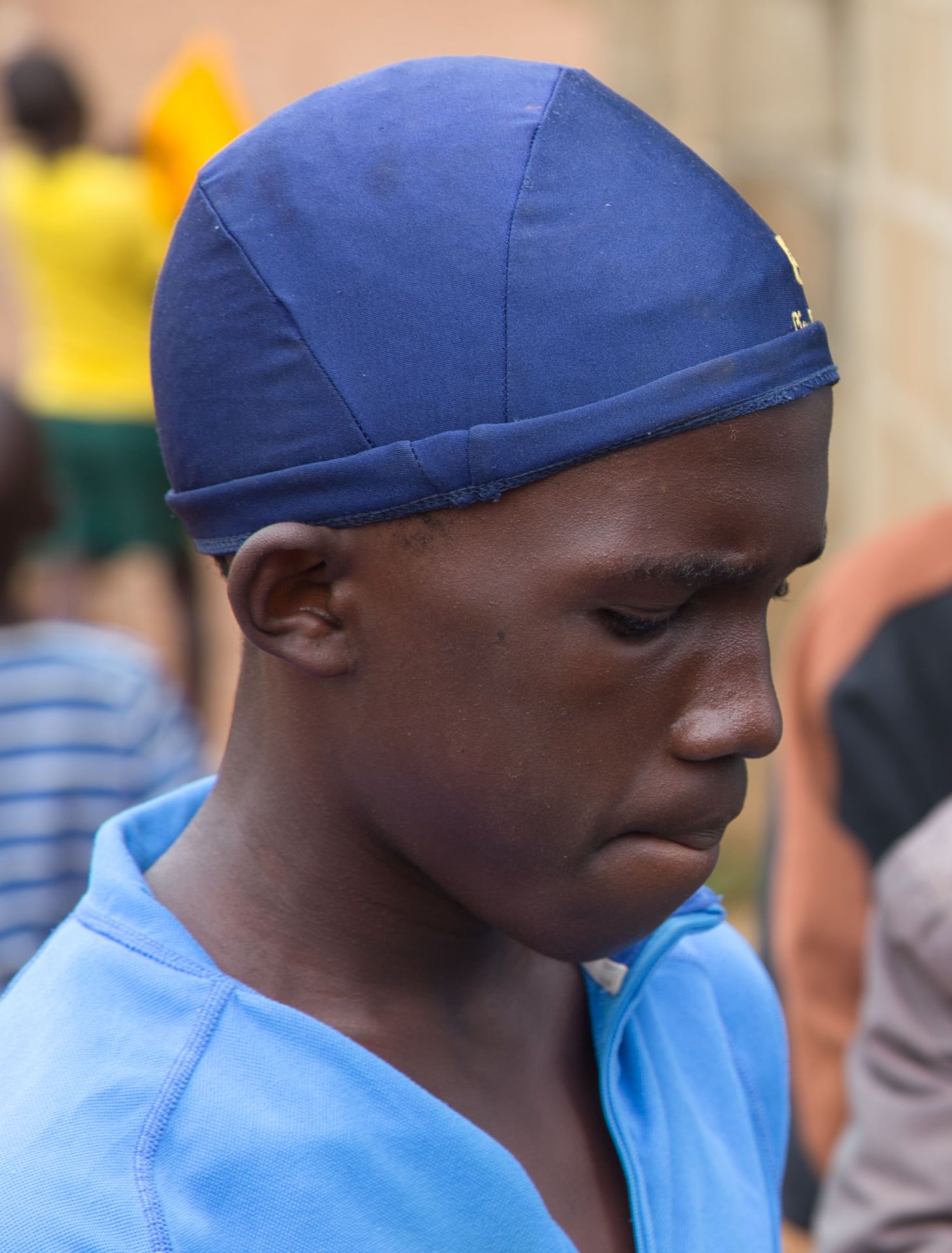 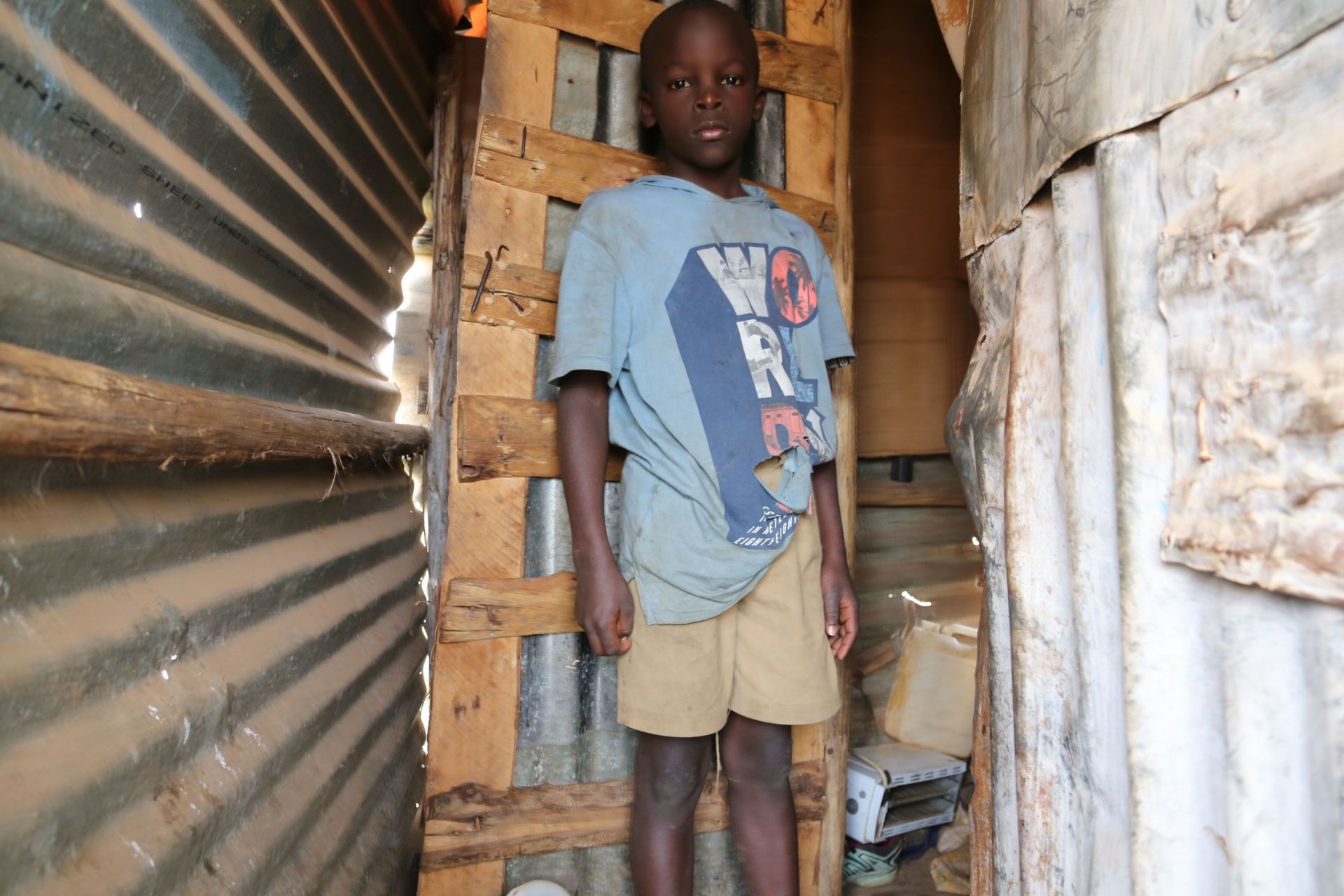 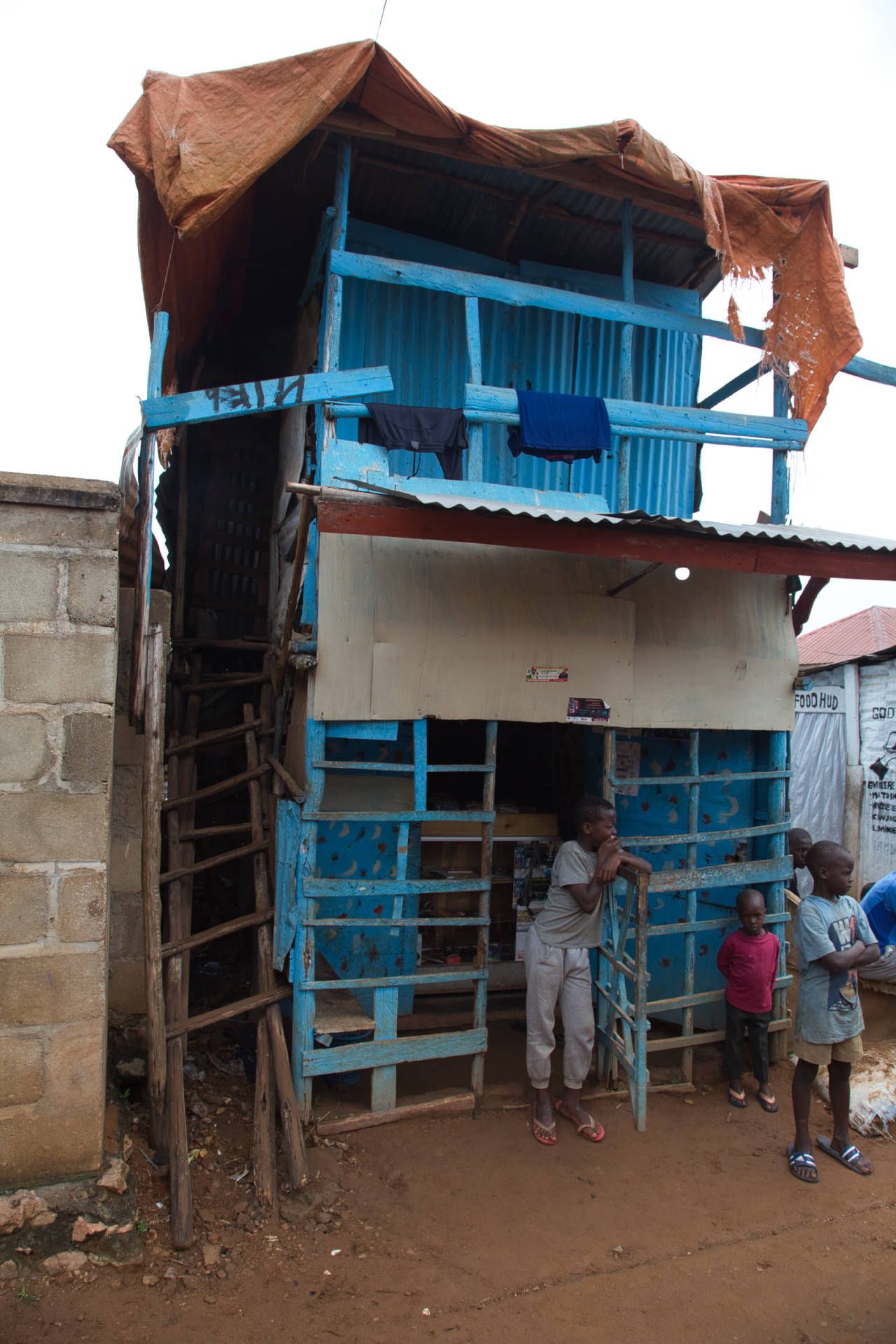 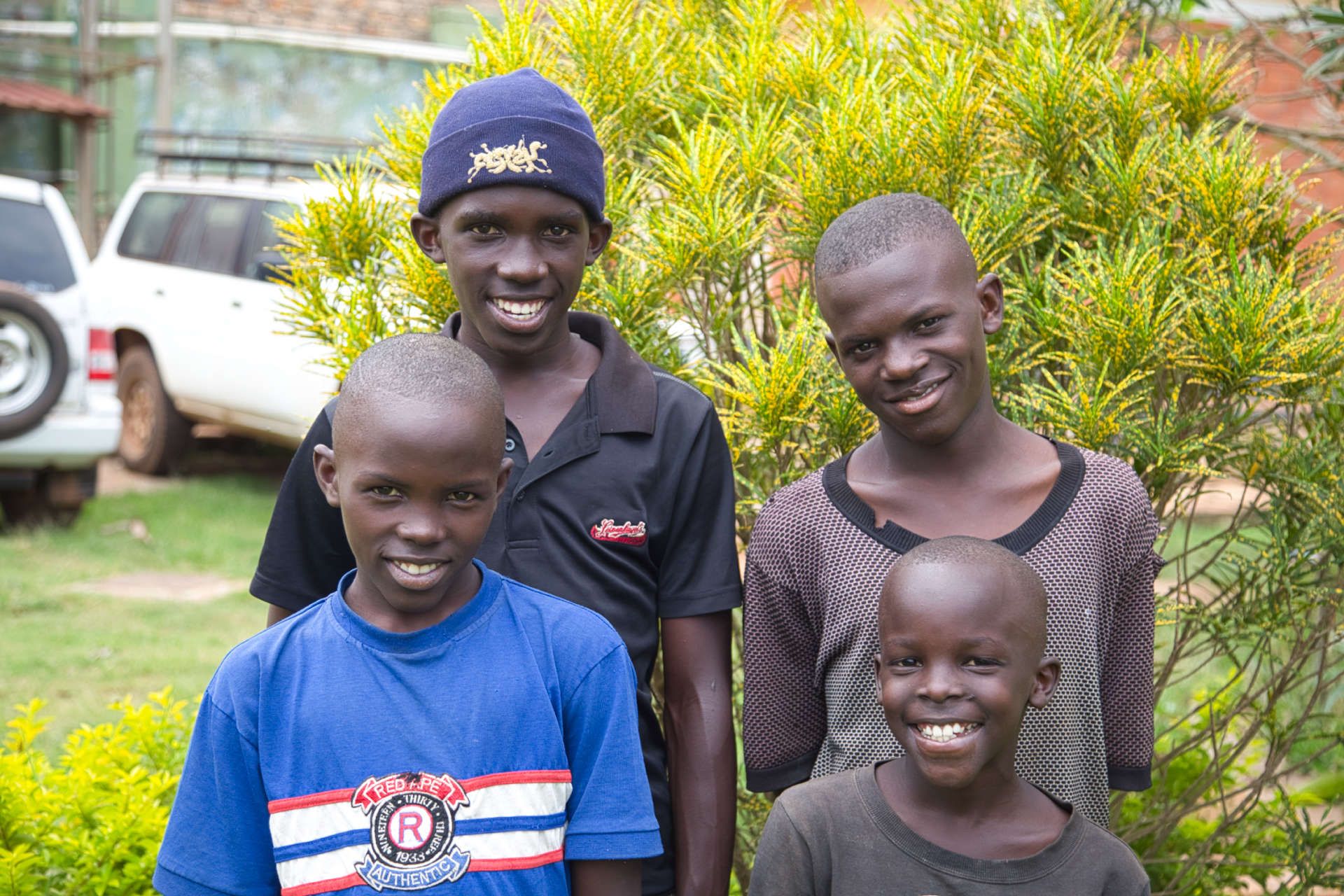 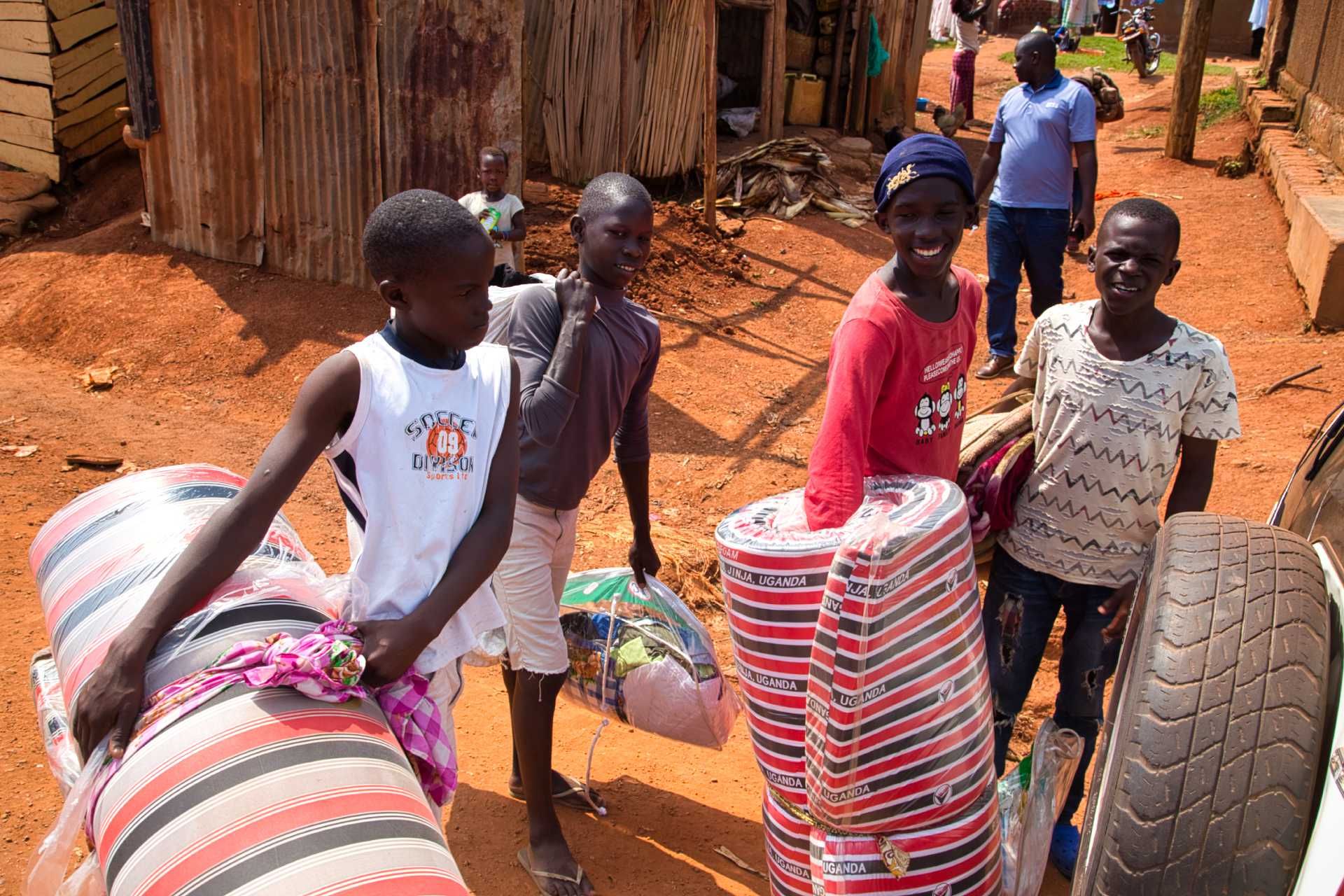