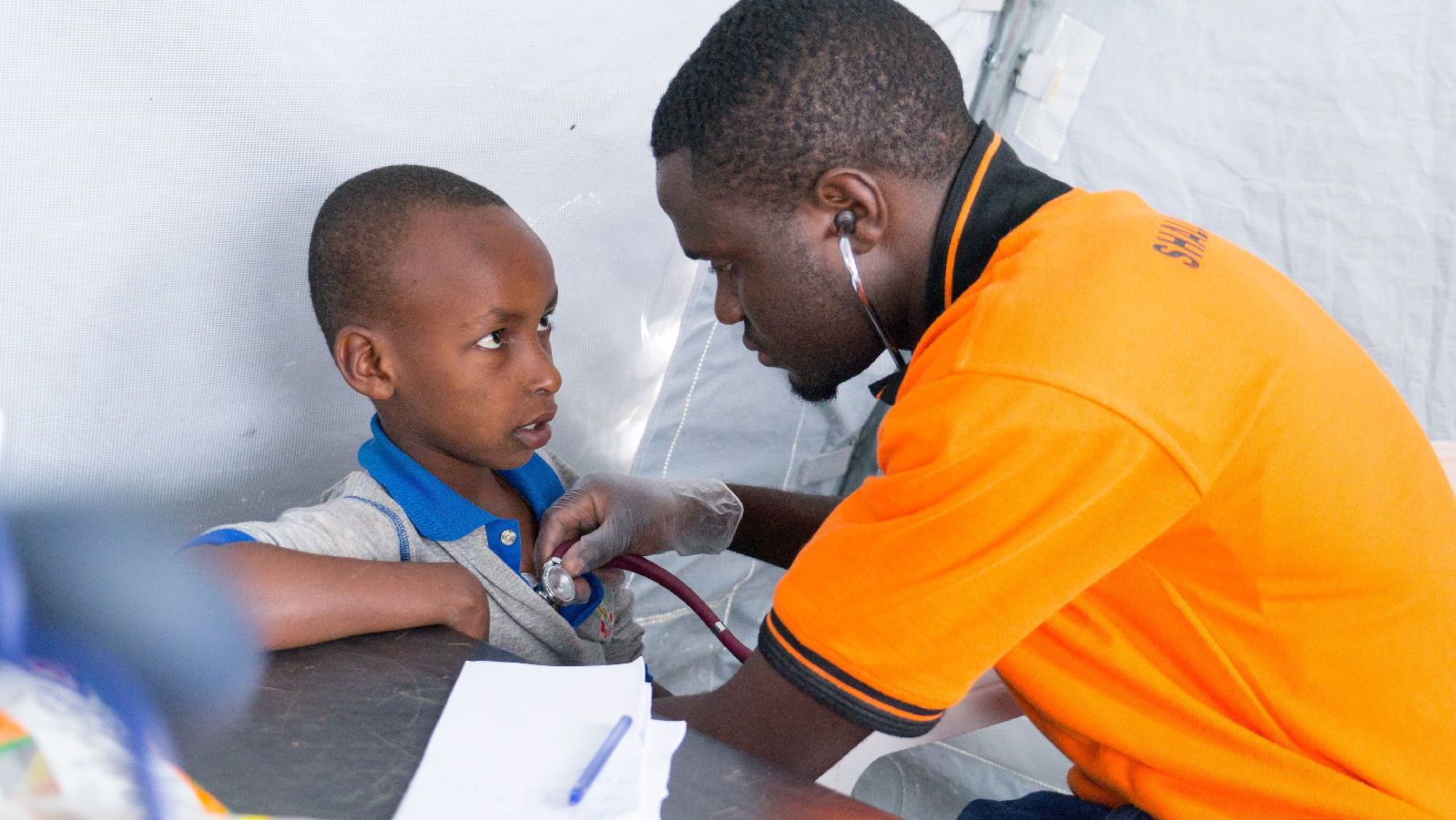 The Rakai district of Uganda borders Tanzania where there have been long-running disputes between the two governments about the actual border location.  As a result of the shifting borderlines, a number of Ugandan’s were displaced and ended up in a government camp awaiting resettlement.  This group number approximately 4500 individuals of which about 1500 are children.

Children Arise has visited this camp a number of times.  We took stickers to the children and developed a relationship with the camp administration.  Through discussion Arise identified medical care as a priority need for the children.  While healthcare is typically provided through the Ugandan government and UN NGOs, this group of children (and their parents) were in need of clinical treatment.

In June 2015, Children Arise partnered with local health professionals to provide a 2 day clinic focusing on the needs of the children in the returnee camp.  Four Ugandan doctors and two Ugandan nurses volunteered their time while Arise provided funding for medical supplies.  The clinic provided care for many children as well as a number of their parents who were in real need.