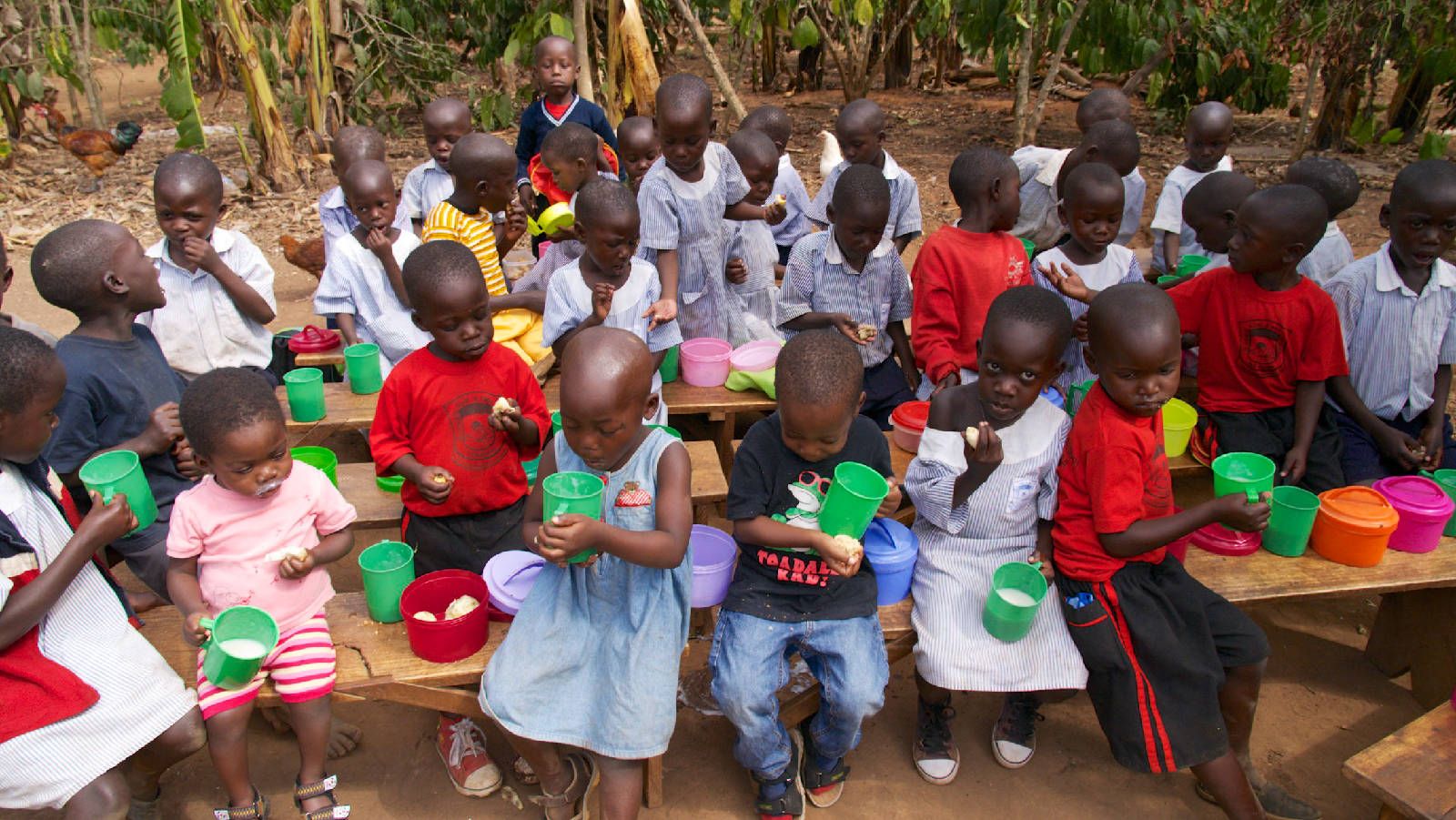 Bakanaga is a small rural village outside Mityana in Uganda.  This village is home to perhaps 1200 people and is located on a narrow strip of land between a lake and nation park lands.  Children in Bukanaga were forced to walk several miles each day to attend school until a school was started locally by a local town leader and Pastor named Cissy.

With more than fifty children in the newly created primary school, Cissy noticed that many of the children were literally falling asleep during class.  Some follow up with families revealed that the children were working long hours collecting water and helping on the family farm.  In addition, they were getting inadequate nutrition and sleep.

In 2013, Children Arise introduced a lunch program for 54 children in the Bukanaga Primary school.  This project allowed teachers to prepare nutritious lunches for students.  After visiting the village later that year, it was clear that this had a revolutionary impact of the children’s studies, and on the village as a whole.